In Alien: Prometheus we have one human character still alive, Elizabeth Shaw (Noomi Rapace), whose uncertain fate rests with the next film—or so we thought. 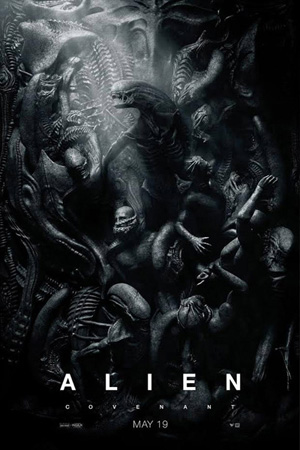 In Covenant, her role inconsequentially vanishes in a dialogue towards the end, which left me irritated with the protagonist’s character as unfulfilled… ‘What! That’s it? She’s dead!?’  Alas, it would seem humans are destined to be pawns on the celestial stage.  But if that’s the case, who then is the true protagonist?

The first thing Covenant hints at is that people are no longer the core of this story, being merely inefficient and good at making poor decisions, with resulting deadly consequences.  Take for example the way the crew blundered about on the Engineer’s planet, like irresponsible children, sniffing this, touching that, without any concern for their actions… who was leading them?  Even that seemed uncertain.

This is an issue that might trouble the audience, which needs to relate to a hero of sorts.  We are apparently offered one in the form of Daniels (Katherine Waterston), but she is not the protagonist, nor was Elizabeth Shaw for that matter; that title I feel goes to David, who has become more than human, created by the humans, who in turn were created by the Engineers—he serves to outdo them all.  In Covenant, it comes full circle and is revealed in the prologue as David arrives on the Engineers’ planet.  We see him standing perched from the alien ship looking down at the Engineers, who have amassed in an immense square in the heart of their city, rejoicing the return of their ship, and blissfully unaware of the doom about to befall them.  David triumphantly quotes Shelly’s sonnet “Ozymandias”: “Look on my works ye mighty and despair.” And then proceeds to release pods of black goo on them, (which he most likely has been studying & tampering with, while on the way to their planet), wiping them out and giving rise to the xenomorphs. 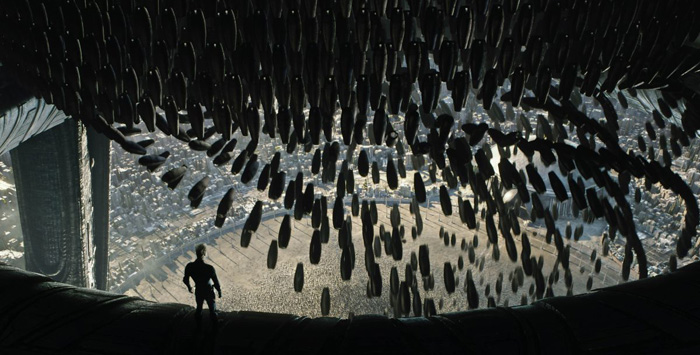 We see this event before we even see the film, in the Alien: Covenant Prologue: The Crossing.  With more cultural references when we finally do get to see the movie.

I’ve noted the more prominent ones below:

All these cultural fragments help to wedge some mythological personality into Scott’s Alien horror saga, which no doubt is substantial.  Unfortunately, it can feel muddled and unclear, an obvious issue when you are constrained to formulate such complex themes into a story inside two hours, while trying to accommodate a heritage of horror.

Eventually, we are led to the finale of Alien: Covenant, in a showdown between the Alien and Daniels, but instead of originality, Scott retreads familiar territory reminiscent of Aliens finale with Ripley, with Daniels facing the alien’s jaws, (maybe a gesture to his Alien horror fans).  With a final twist, which unfortunately proved all too predictable.

Ending, we are left with David again, who has a mission, what that mission is will be revealed in the sequels Scott is preparing.  For now, however, we are once more left without answers to a lot of questions, and a mystery that spans our own history as a species and that of our creators.