Back in 1982 I sat in a musky, antiquated cinema that no longer exists, watching the opening credits to Blade Runner. The credits ended with a scrolling introduction to the Replicants that finished in pitch black. Out of the darkness, the endless night of the dystopian cityscape of Los Angeles materialized, smeared in smog and toxic rain. Performing to this surreal futuristic film noir was a combination of classical arrangements and synthesizers—the melancholic, yet beautifully haunting music of Vangelis. I was looking at a prophetic November in 2019.

As the rumble of massive flames exploded from towering industrial funnels, I was struck by a frightful question, could this be the future? By the time the film’s final scene ‘Tears in Rain’ ended, I think I was in tears as well. I left the cinema emotionally shaken by the experience.

Over the following days I was saddened to read in the newspapers of the time, the generally negative consensus. Critics and public alike seemed to have missed the point somewhere. The negative criticism, in particular from the United States, impacted the film’s success, stigmatizing for years the film’s true influence. Over the course of time, however, it became a cult classic and was eventually accepted as a science fiction masterpiece, the definitive sci-noir. 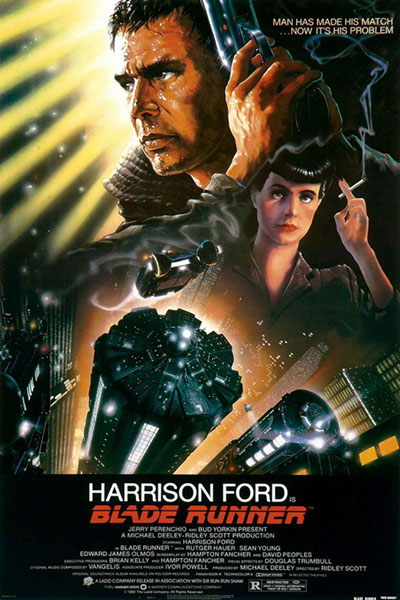 The film underwent seven iterations.  In 2007, on the 25th anniversary, the digitally remastered Final Cut was released.  Scott had complete artistic freedom over it and it became the decisive version to watch on Blue-ray.

I’ll be re-watching Blade Runner: The Final Cut, before I go and see the sequel, Blade Runner 2049.   If you’re planning to see the new sequel and you haven’t seen the original, do yourself a favor and watch the Final Cut.  It’s definitely my favorite version and the one that Scott considers his final true vision of the film.

Come October, I’ll have the opportunity to watch Blade Runner 2049, and hopefully post my views on it afterwards.